The blue line was near us..and our next stop on our list was SAGRADA FAMILIA 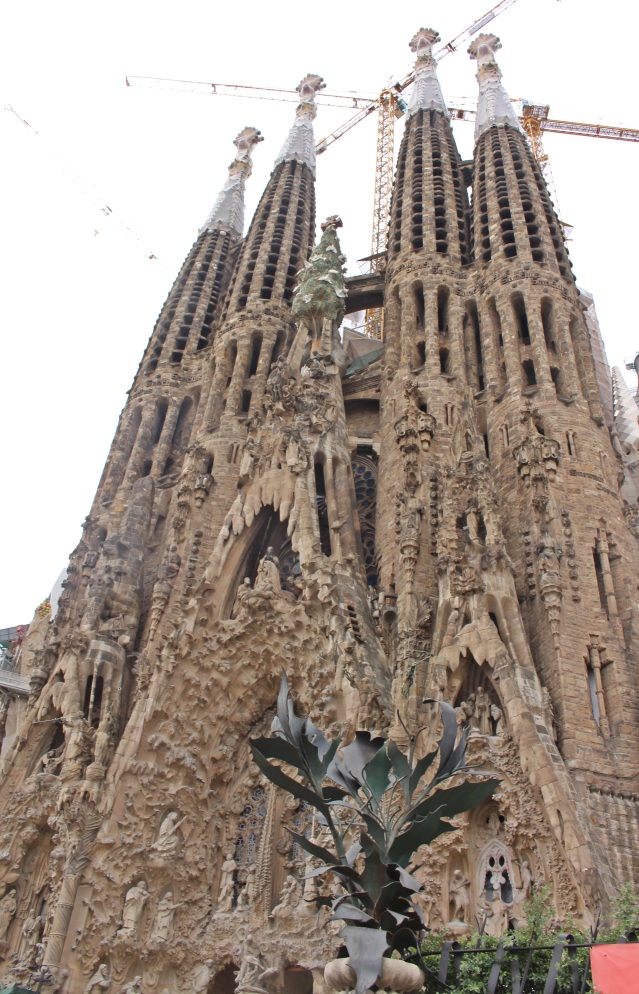 After “hopping off” we realized that we weren’t the only tourists in Barcelona who wanted to see the church first..so we had to change our plans :))

The queue was way too long…so we decided to take the bus to our next sight on our list. 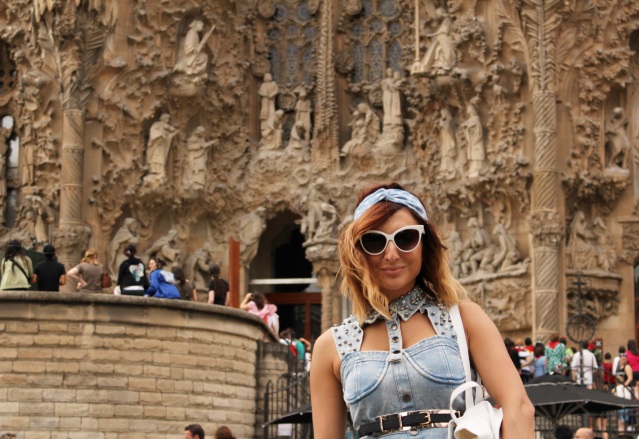 We had plenty of time to come on another day…

(turns out that the queues are every day like that) 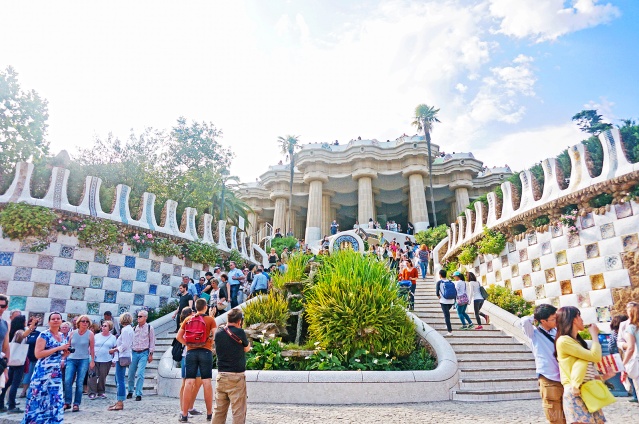 You can also get to Park Güell by bus or by metro.

Park Güell is in a rather hilly area and is a fair distance from the metro station /bus station , so I would advise good walking shoes, a bottle of water, and patience. Once you get there be prepared to spend a few hours strolling around on the meandering pathways, as there is a lot to see and it is quite a large park.

Guess who couldn’t resist to these yummy juices?

It was so hard to decide which one to take….grrr 😀 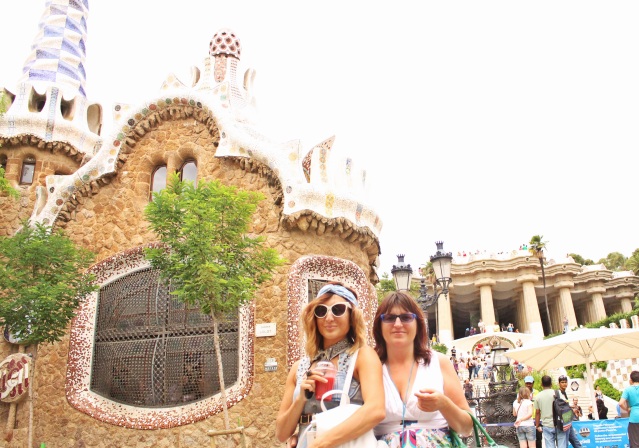 Initially, Park Güell was zoned to be a fancy housing development that would gaze down upon the sprawling city of Barcelona. The wealthy of Barcelona could get out of the smog and enjoy a park full of Gaudi’s quirky architecture.

In the end, only two homes were ever built, and while he did not build either of the houses, Gaudi did live in one of them. That house is now a Gaudi Museum.

Gaudi did design most of the architecture seen in the gardens, and I particularly loved the serpent inspired bench that is the focal point at the main entrance. It’s a park unlike any I have ever seen before, and it is well worth a visit!

To enter the “ZONA MONUMENTAL” you have to buy tickets.Tickets cost 8 Euros for adults (7 Euros if you buy online) and you’re only allowed to enter on your assigned time slot. Once you’re in though, there’s no time limit. You’re free to roam around for hours and hours.

The parc itself is for free.

ENJOY MY PICTURES FROM PARK GÜELL

(I apologize for the quality of some pics….my mum is not so good at taking pics LOL) 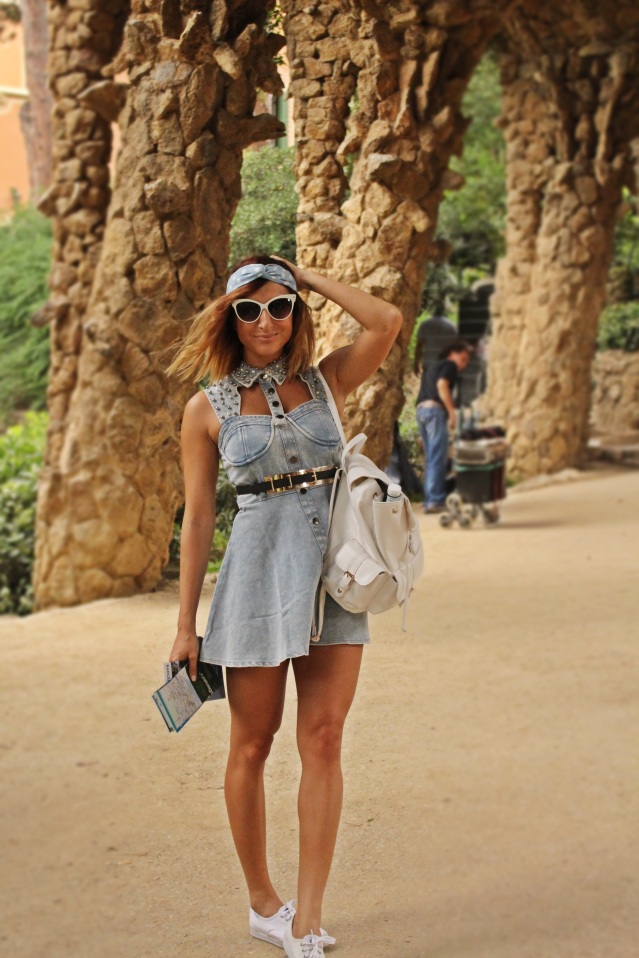 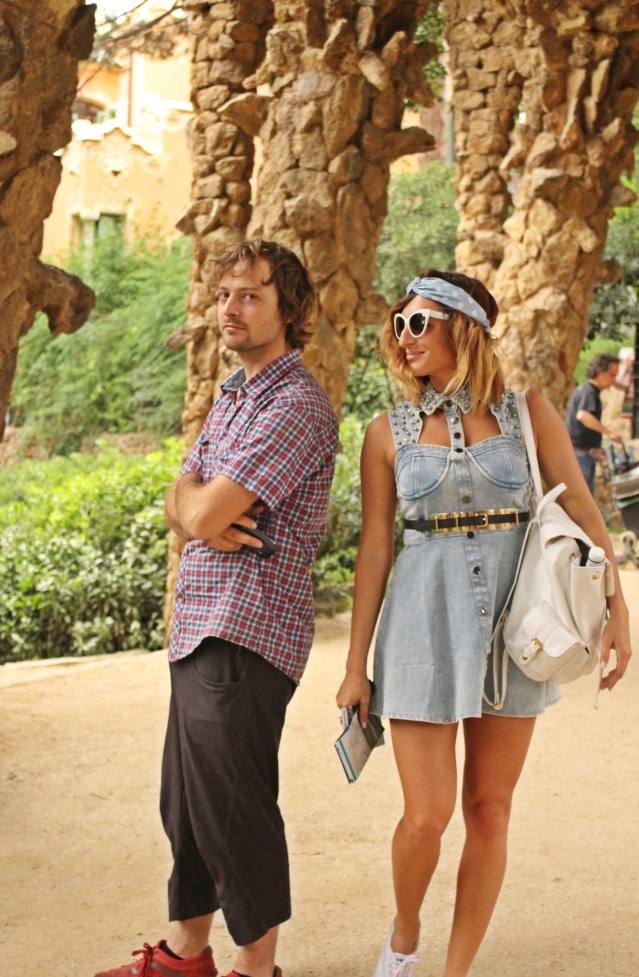 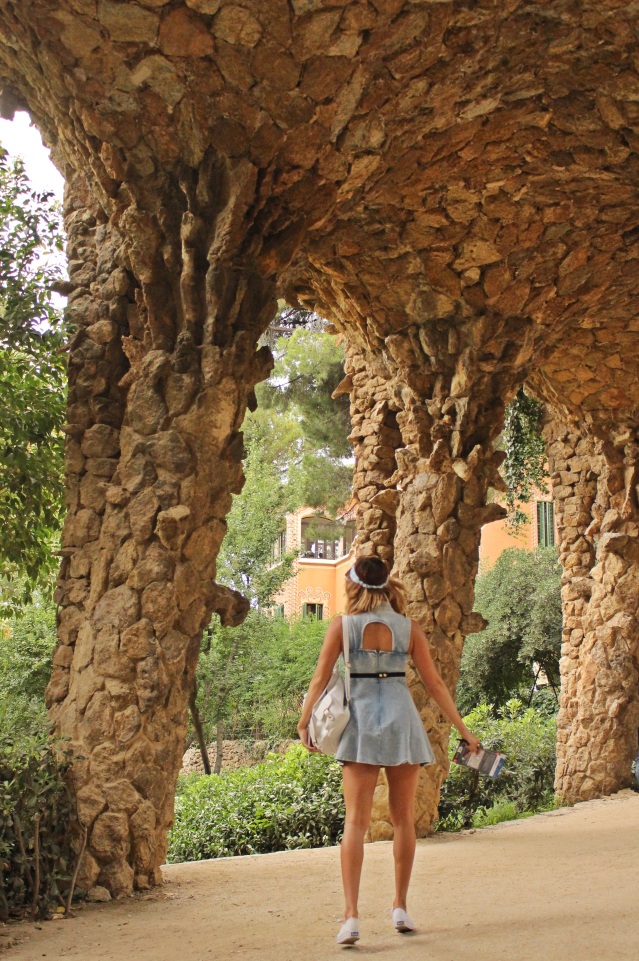 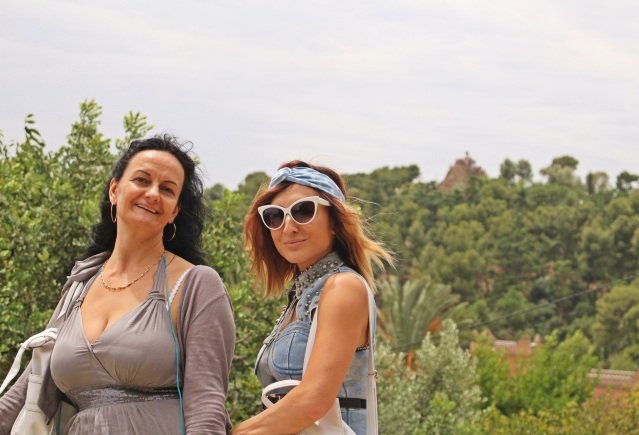 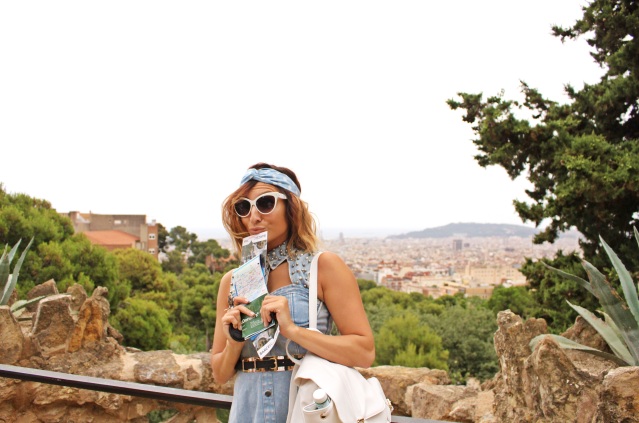 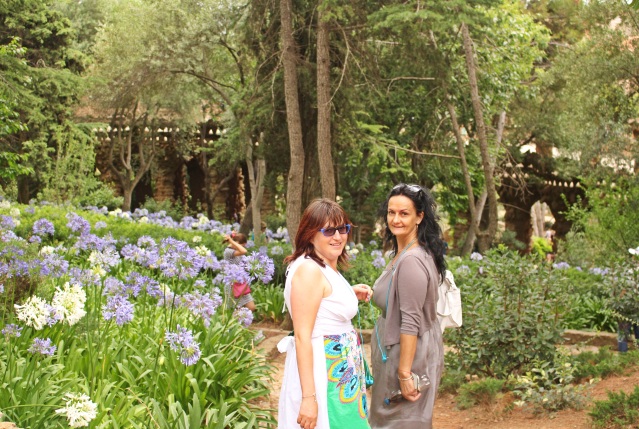 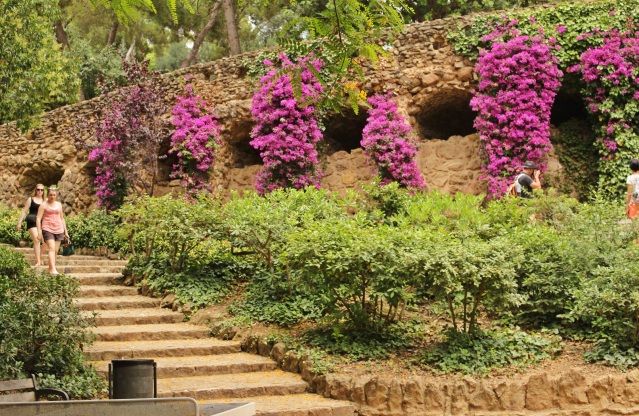 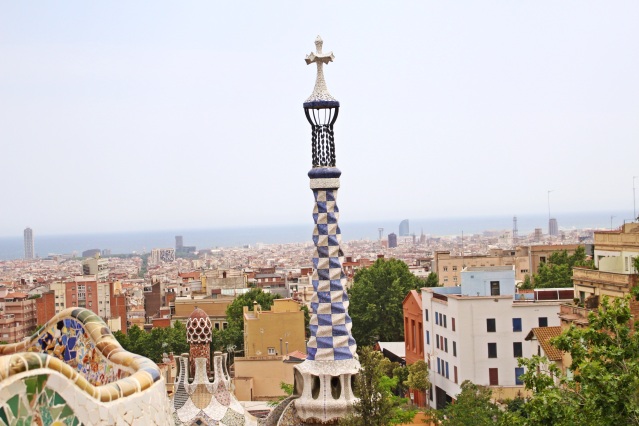 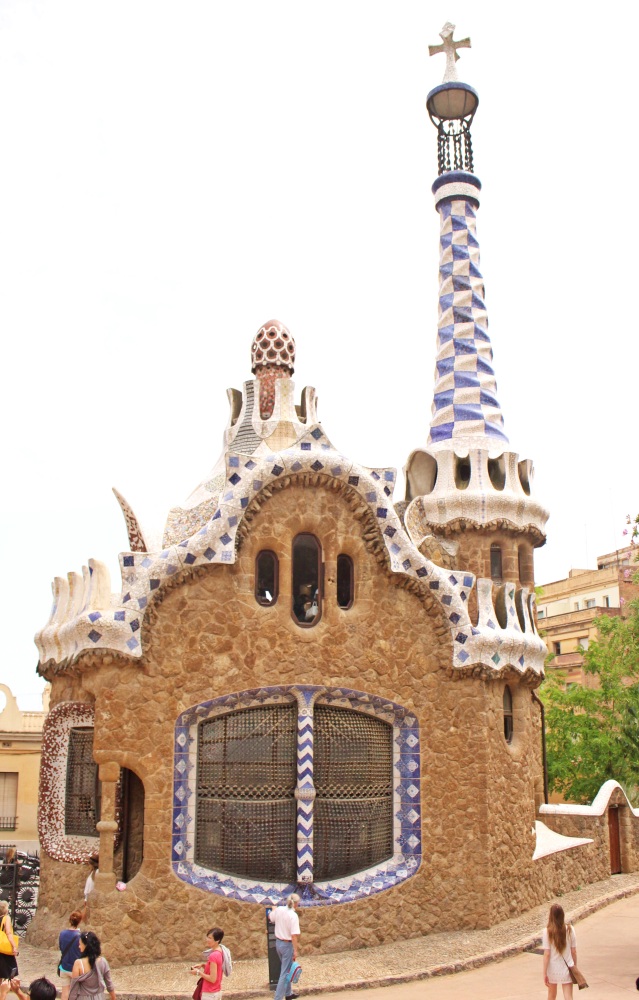 After wandering around for a few hours we were quite hungry..so we decided to call it a day and to go grab some dinner. 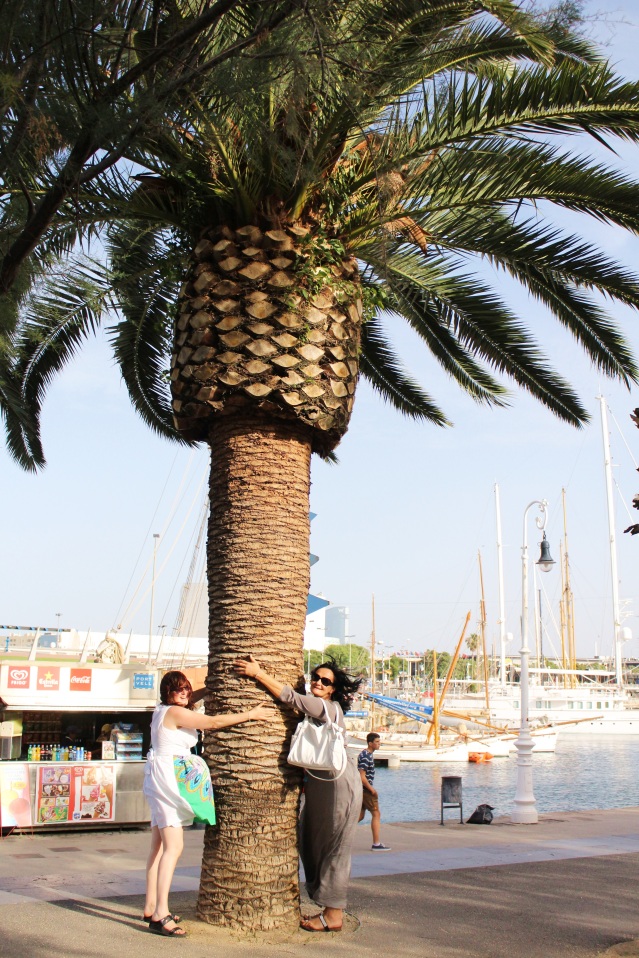 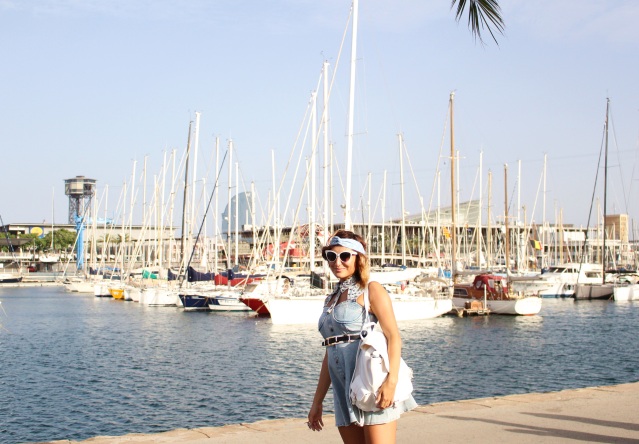 We went to a nice restaurant near the Port.

Unfortunately,I can’t remember the name of the restaurant…but it’s like really 3 minutes away from the Port. 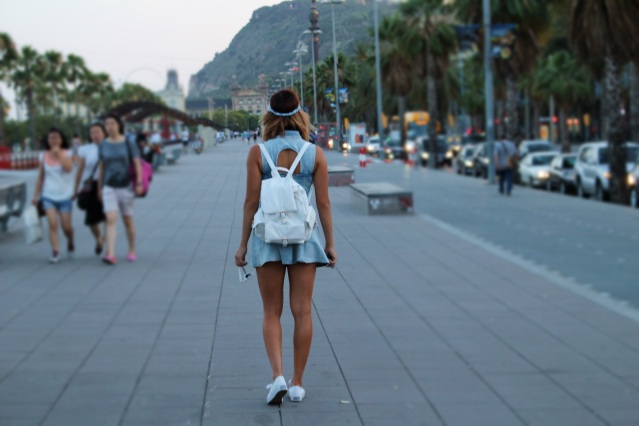 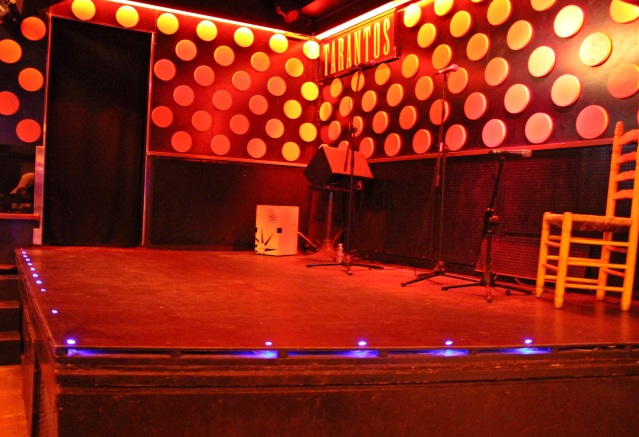 The entry was only 10€ and the show lasted 30 minutes.

After the show I was so ready for my bed…..

← Barcelona:DAY 1
I get along with Mickey →